In the seventies, scientists began to use the term attention deficit (hyperactivity) disorder, ADHD, to describe the symptoms (see below). Although most complaints are often related to children, it is known that symptoms such as lack of concentration, impulsivity and overactivity persist into adulthood. Relatively few of these adults are diagnosed or treated as such. They can still benefit from medication (such as Ritalin, Concerta or Strattera) and / or neurofeedback.

ADD with hyperactivity is indicated by a lack of concentration, impulsivity and hyperactivity that begins before the age of seven, persists at least six months and is not due to other psychiatric disorders or environmental influences, such as reaction to problems in the family environment.

Characteristics of adults with ADHD

Adults with this disorder, especially those who are not diagnosed and treated, can suffer from a number of problems, some of which are directly caused by ADHD and other compensatory behavior associated with ADHD. These symptoms may of course also be seen in children with ADHD.

Symptoms of an adult with ADHD may include:

The symptoms of ADHD can be situational or constant. Some people with ADHD can concentrate if they are interested or excited, while others will never be able to concentrate. Some actively seek stimulation, others avoid it as much as possible. Some are recalcitrant, bad mannered and later antisocial, while others do their best to please people. Some are extroverted, while others are very introverted. Targeted neurofeedback can make people more flexible in these styles.

The cause or causes of ADHD are not exactly known. Scientific research shows that the disorder is often genetically transmitted. ADHD is probably caused by a combination of factors including neurochemical factors, genetic factors, etc. Genetics is often mentioned as a cause, but also problems during prenatal development, complications at birth or neurological damage can lead to ADHD. Scientific research has little evidence so far that ADHD is caused by environmental factors, excessive intake of sugar or dyes, middle ear problems or visual motor problems.

Recently, it is increasingly getting clear that there is a relationship between falling asleep late and ADHD. This is not the cause for all ADHD patients, but probably a substantial number of about 70-80%. Within our research it is also further investigated, and in this research you can also find more scientific information about the different sub-types of ADHD and its relationship with sleep.

How common is ADHD in adults?

How often ADHD in adults occurs is unknown, there is little research on ADHD in adults. The research that has been done shows that ADHD occurs equally in men and women. Of the children diagnosed with ADHD during their primary school time, approximately two third has still behavioral problems during adolescence. During this period also learning and emotional problems related to ADHD manifest. Approximately one-half to one-third of these adolescents still have ADHD symptoms persist into adulthood.

Why a diagnosis of ADD/ADHD in Adults?

The identification of ADHD in adult and good management of their education and personal/social development increases the likelihood of a successful course of the symptoms. Effective intervention can improve self-esteem, work and learning and skills.

A diagnosis of ADHD can help an adult to put his/her problems in the proper perspective. These people often have a negative image of themselves because of an accumulation of failures at school, in their social environment and at work. Many of them are called “a slow learner” by others. It is also said that they have a bad attitude or lack of motivation. They would be immature, lazy, sloppy or egocentric. Instead of seeing their problems as the result of a genetic or acquired neurobiological disorder, many have assumed the wrong idea that they are to blame themselves for their problems.

ADHD: After the diagnosis

Treatment sponsored by professionals may include: coaching for the adult or child, his/her family and close friends, support for education and work, medication (such as Ritalin, Concerta and Strattera), Neurofeedback / EEG biofeedback and counseling. The suitable selection of these is determined on the basis of the severity of the disorder and the type and number of problems that come with it.

Many people benefit from a treatment plan that includes medication, cognitive behavioral therapy and neurofeedback. This treatment can be, combined with education and counseling, a base from which adults can build new successes. The purpose of the medication, such as Ritalin, Concerta, Strattera, is to help the adult to help him/herself. It provides the biological support needed for self-control. This means that the person is not “controlled” by medication, the effort to succeed comes from the person himself. After stopping the medication, the symptoms will come again quickly. Neurofeedback however, can lead to permanent improvement of function as a result of learned changes in brain activity. 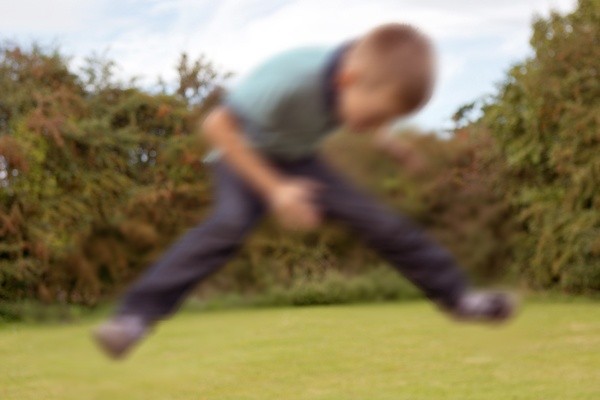