Combined rTMS and psychotherapy an effective treatment for depression

Magnetic brain stimulation (rTMS) combined with concurrent psychotherapy seems more effective, then either alone, as was just published in the international journal ‘Brain Stimulation’ based on a study in 196 patients. After an average of 21 sessions, 66% of patients with treatment resistant depression responded well to treatment, with a lasting effect after 6 months in 65% of this group.

rTMS an effective add-on for psychotherapy

A large study by Donse, Padberg, Sack, Rush and Arns 1), carried out in the Netherlands has investigated the effects of combining brain stimulation (rTMS) with concurrent psychotherapy in treatment resistant depression. The study was conducted by Research Institute Brainclinics in collaboration with neuroCare Group. The results of this study suggest that a combined approach is more clinically effective than if either therapy was delivered alone. 66% of the patients in this study responded positively to the combined therapy (i.e. symptom decrease of more than 50%), while 56% of the total sample achieved remission (meaning that they no longer met criteria for depression). Follow-up after 6 months demonstrated that 65% of the patients still had benefit from the initial course of treatment, which suggests that the effects are durable. On average patients received 21 treatment sessions. The results of this study are published this month in the leading international journal: Brain Stimulation. 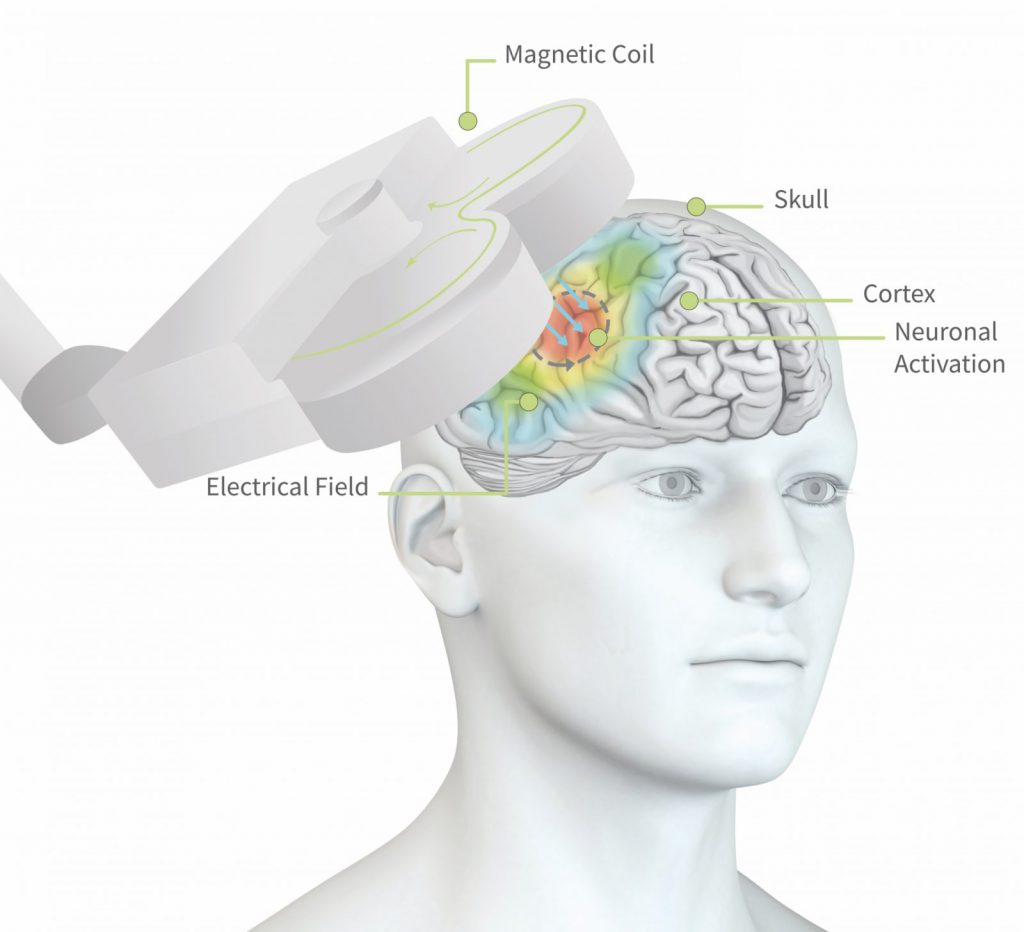 Studies show that when either rTMS or Psychotherapy are conducted as a monotherapy, an average of 30-40% of patients achieve remission, clearly less than the 56% remission achieved with the combined treatment of rTMS and psychotherapy. Similarly, it is widely known that ‘psychotherapy and drugs’ combined show better outcomes, however this approach often requires two separate treatment programs and specialists, i.e. a Psychiatrist to deliver medications and a Psychologist to deliver Psychotherapy. A combined approach of Psychotherapy at the same time as brain stimulation, can be performed by one clinician and is shown to be more efficient, and above all, a more effective treatment for treatment resistant Depression.

The efficacy of rTMS as a monotherapy (i.e. conducted without individual psychotherapeutic support) is recognized throughout the world as a valid treatment for Depression and is furthermore supported by FDA approval in the United States, and is recognized by NICE in the United Kingdom. Since 2011, Health Insurance providers in The United States, and more recently, in The Netherlands, reimburse rTMS treatment for treatment resistant depression.

How does it work, combined rTMS and Psychotherapy? 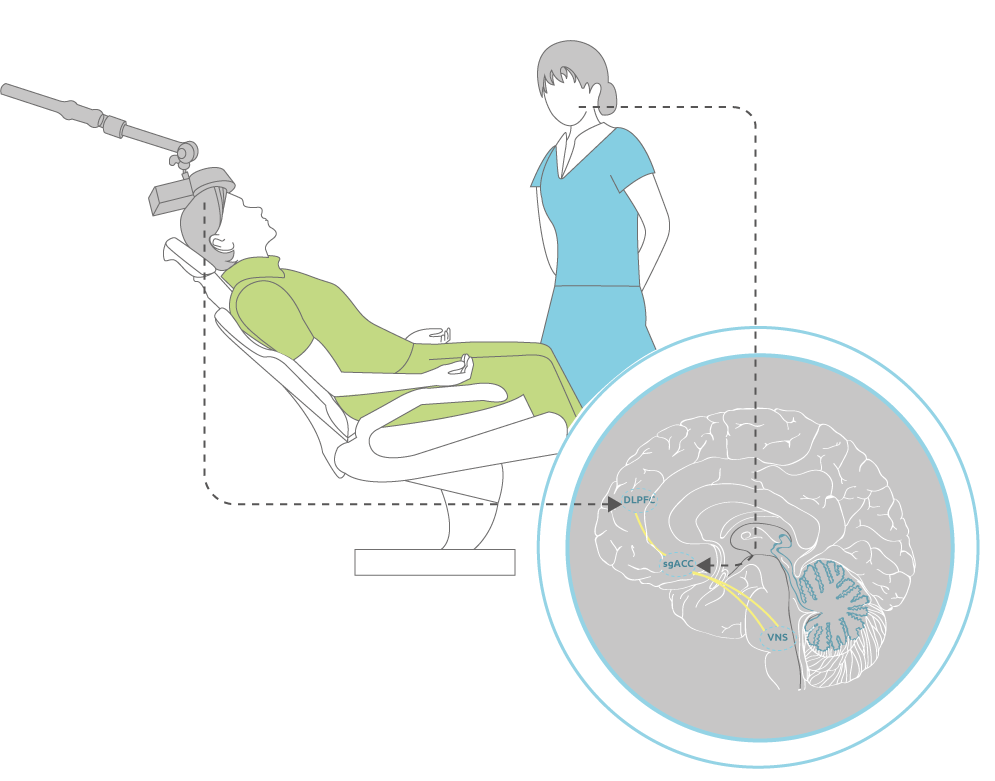 Research has shown that depression is linked to disrupted communication in a specific network of brain structures including the frontal cortex (dorsolateral prefrontal cortex (DLPFC)) and the deeper anterior cingulate (sgACC). rTMS focuses specifically on the DLPFC, whereby indirectly stimulation of the sgACC is also achieved transsynaptically as we demonstrated before using NCG-TMS 2). For psychotherapy, it is thought that among other areas, it also activates the deeper sgACC in this network more directly. Concurrent application of both techniques thus activates a larger part of this malfunctioning ‘depression network’, with higher clinical efficacy.

For more information on rTMS as a treatment, also see the neuroCare Group, with clinics in the US, Australia, Germany and the Netherlands.

Research Institute Brainclinics, founded in 2001 and based in Nijmegen, The Netherlands, is specialized in applied neuroscience with a focus on mood, concentration and sleep problems as often seen in psychiatric disorders such as Depression, ADHD, OCD, and insomnia. Furthermore, Brainclinics is specialized in research into neuromodulation techniques such as rTMS, tDCS and neurofeedback, personalized medicine, Research Domain Criteria (RDoC), chronobiology, sleep and the circadian system.